Apologies for the lengthy absence. We got a little behind due to a combination of fun and problems.

From Iguazu we got the bus to Resitencia early in the morning. When buying the ticket we bought what we thought was a nice comfortable seat but it turned out to be a rather cramped semi reclining seat. The 11 hour trip was a little tiring. 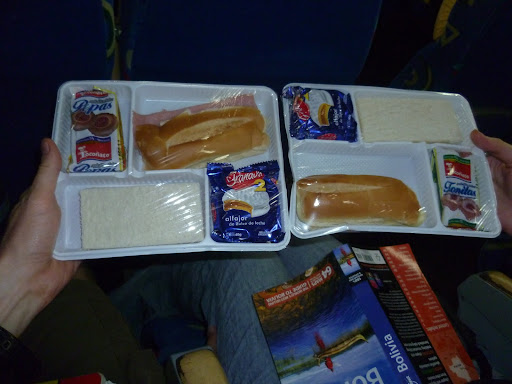 Upon arrival in Resistencia a fellow passenger asked if we were staying there. Before we could answer she declared that “Resistencia isn’t that great”. Being as we don’t have a firm plan we took her at her word and bought a ticket for Salta on a bus that departed in 20 minutes. This prompted a small panic as we took it in turns to guard the bags whilst the other bought water and snacks for the journey ahead.

This bus was equally uncomfortable and we slept sporadically through the night and arrived in Salta in the early morning after another gruelling 14 hours. I have to question our sanity, following an 11 hour bus journey with a 14 hour bus journey is rather stupid.

Salta,in the north west corner of Argentina, is a small city. It is surrounded by hills and at times is a picturesque place.

We found our hostel on the map and set off. Strangely the road ended before the house number had got close to ours. We gave up and hailed a cab and soon discovered that our road was split into two halves. One half on one side of the city and the other half on the other side. Random.

Up until this point our extremely limited Spanish has been adequate as the hostels all spoke a little English. But not in our Salta hostel. Somehow we managed to secure a room. The owner dragged me to the bathroom to explain how to operate the shower but we never did get any hot water. Luckily some of the guests spoke English. But on the whole our time at the hostel was spent trying to communicate.

We spent both days in Salta strolling along the city streets and looking at the sights. On the second day we got the cable car up to the large hill that overlooks the city. For the record, a cable car in Argentina is more nerve racking than New Zealand cable cars, but less nerve racking than a Vietnamese cable car. 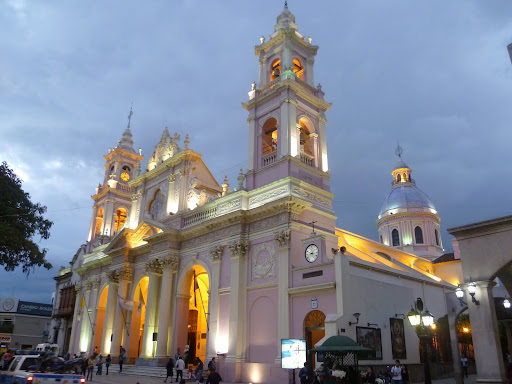 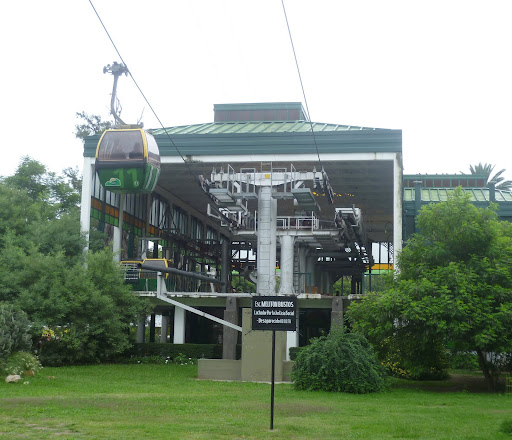 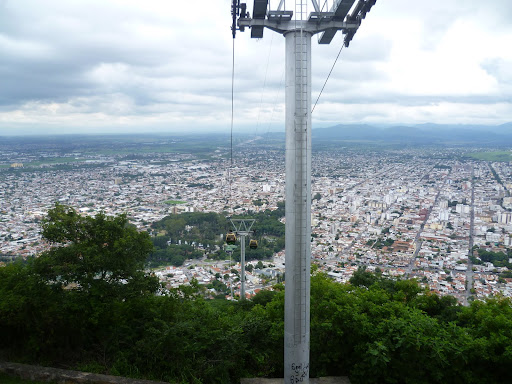 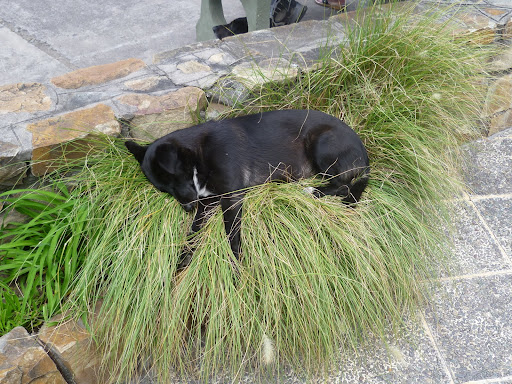 Being backpackers it is our sworn duty to eat cheaply (well most of the time) but we refuse to eat instant noodles for every meal like some backpackers we see. So we did the next best thing and researched the bargain places to eat in Salta.

We have done this a fair bit and it makes for a great dining experience and is yet to go wrong. For starters people working in and eating in the cheaper places to eat will almost certainly be locals. And sometimes the food can be weird and occasionally disgusting. But mostly the food is good.

And this was the case as we sat and ate where all the market workers eat in the roof space of the city market building. I am not sure, but I suspect we may have stood out a little. The place was entirely full with Argentinians, none of whom carried a rucksack and a Spanish-English dictionary. We opted for a healthy roast chicken, rice and salad lunch which cost £3 all in with a drink. It was such a grat bargain that we went back again the next day. 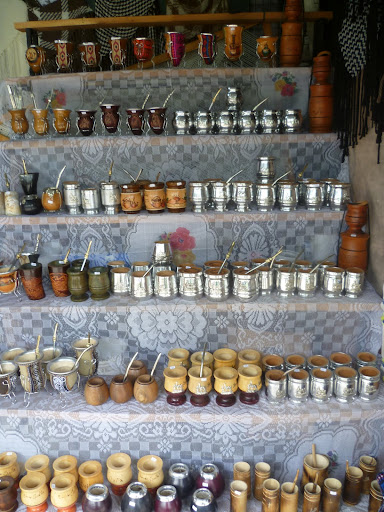 (Mate goblets for sale. Argentinians love their mate, pronounced “martay”, which is a drink made by steeping dried yerba mate leaves with hot water)

After lunch on our second day we visited an interesting museum dedicated to Inca artefacts. The highlight being the mummified corpse of a 600 year old Inca child, who is believed to have been sacrificed. She was found in 1999 buried high up on Llullailloco volcano near Salta, along with 2 other children.

As we left our hostel on the last day there was time for one last humorous “lost in translation” moment. I tried to pay for our room but the chap who owned the place refused to take my money (I call this reverse-vietnameseness). I spent a while gesticulating but he just wouldn’t take it.

Eventually I managed to get a German woman to translate. It transpired that he thought I had shared a room with said German woman, who had already paid. Though she had in fact been sharing a room with her girlfriend. We wonder who he thought Claire was sharing with. I must learn the Spanish for lesbian.