After disembarking the Pachamama Bus in San Pedro de Atacama we hung around there for 2 nights to get used to the altitude. San Pedro sits at around 2,400 meters above seal level, which is around the point at which altitude sickness kicks in. The lack of oxygen was noticeable even here. 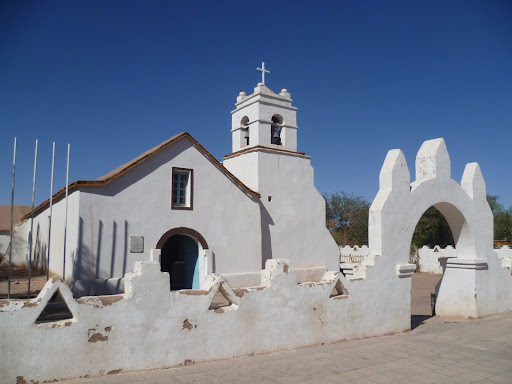 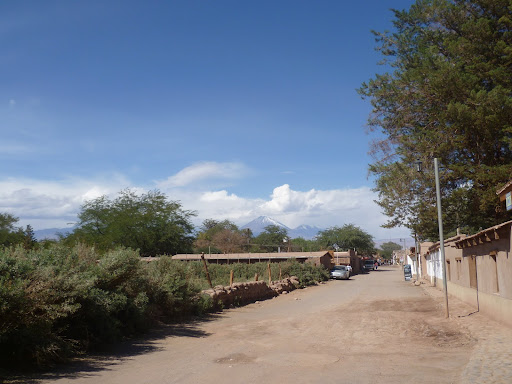 (a typical street in San Pedro – note the backdrop)
Five others from the bus also hopped off so we all took it easy for a couple of days. San Pedro de Atacama is a stunning little town in the middle of the desert which caters mainly for tourists wishing to do one of the many tourist activities in this amazing area. Everything moves slowly due to the sun and heat which are pretty vicious during the day. At night various restaurants provide good food and plenty of drink. 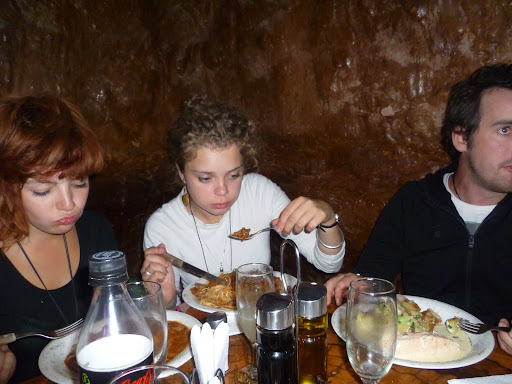 (Helen, Ellie and Sandy. Sorry H&E, not the best piccie but the only one we could find of you both together) 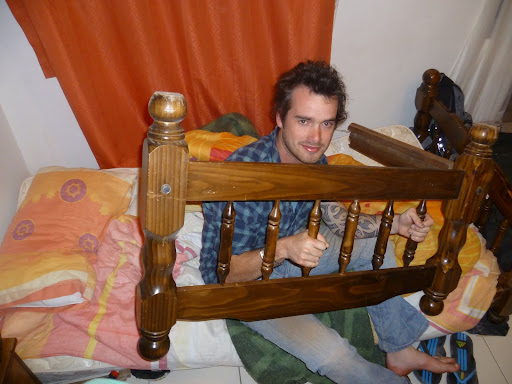 (a better photo of Sandy with his broken bed)
Three of the Pachamama tour party, Sandy (a Kiwi with a disliking for shoes), Helen and Ellie (both students from England) were also planning to make the same trip as us into Bolivia. So after a couple of days of generally taking it easy and watching the other 3 get trashed (I am now tee-total after BBQ night) we got up early and walked the dusty streets to board a bus to the Bolivian border. Almost immediately we started to climb towards the Altiplano and by the time we reached the border some of us were feeling the effects of altitude. Bolivia is a far poorer country than Chile and Argentina and this was clearly illustrated when the driver explained that the tarmac road ahead was to Argentina before heaving the bus off down a dirt track which he explained went to Bolivia. The border crossing was the most relaxed we have encountered. Two small brick buildings and a burnt out coach in the middle of nowhere. The border official didn’t even look at the photograph pages in our passports. 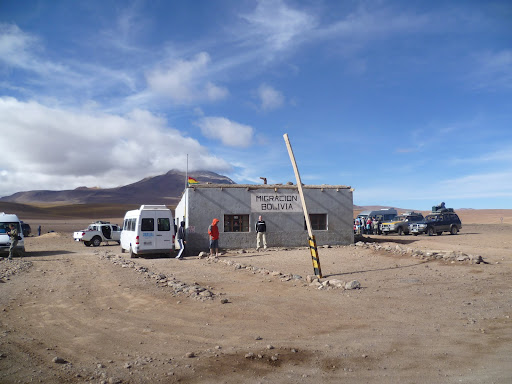 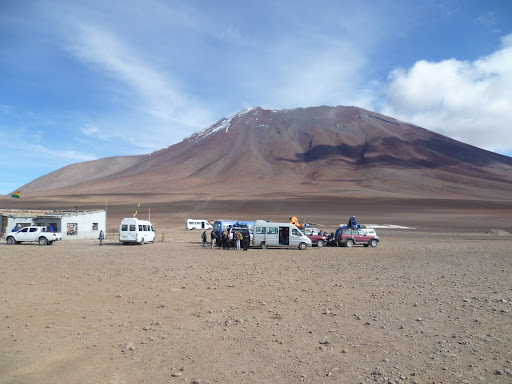 We then boarded our 4wd for the next 3 days, driven by Bolivian Clemente. He only spoke Spanish. From this point on the trip was simply astonishing. In fact I feel like I need to re-calibrate my superlatives as the scenery was out of this world. For the first day we travelled across the Altiplano, a flat plane surrounded by snow topped volcanoes. At one point we hit 5,500 meters above sea level which prompted some of us to join Clemente in chewing coca leaves, which are legal in Bolivia. Claire declined. These aid with the altitude sickness and chewing them in Bolivia is like a national sport. 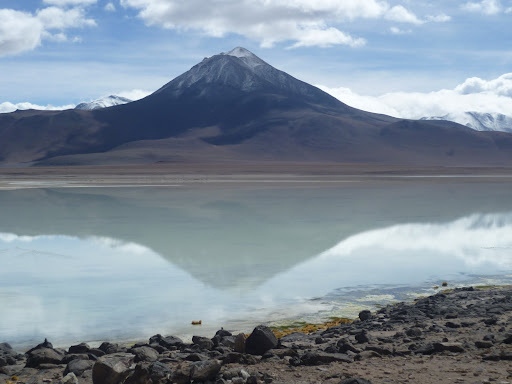 We then descended a little to hot springs where people could swim. We paddled due to my theory about swimming pools with no toilets. Afterwards we climbed to a higher altitude and a had a snowball fight. 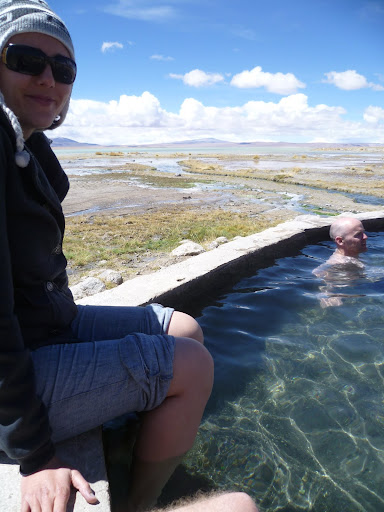 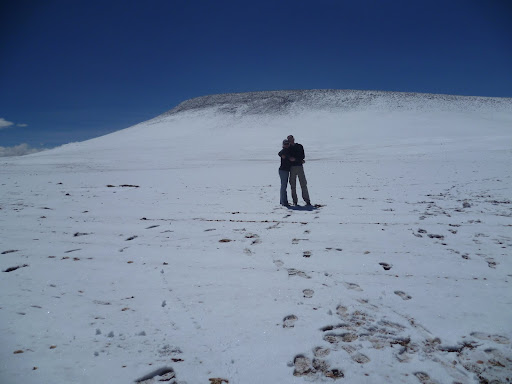 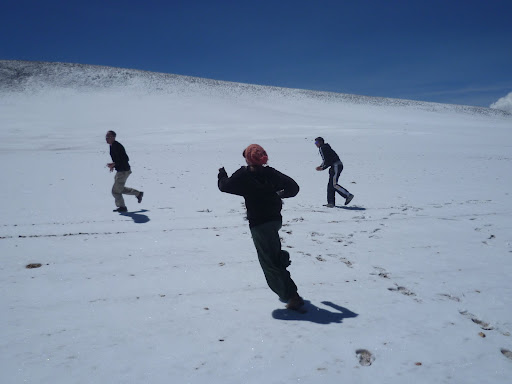 (the downside of being extremely accurate with snowballs is that people gang up on me!)

The snowball fight lasted less than a minute. The thin air made any sort of excursion almost impossible. I soon though.

Finally we made it to our lodgings for the night. A hotel of sorts in the middle of nowhere where we were joined by the occupants of another six or so cars. I had begun to feel ill from the altitude, and so had a few other travellers. So I took a few painkillers and proceeded to sleep for around 13 hours. The coca leaves didn’t seem to work and just made my mouth go numb. Claire was fine with the altitude and looked at me with a slightly bemused look as I whimpered. That night I woke up gasping for air a number of times before my subconscious eventually grasped the fact that I needed to breath more deeply.

The next day I woke feeling better and we set off to see lagoons and generally make our way deeper into Bolivia. 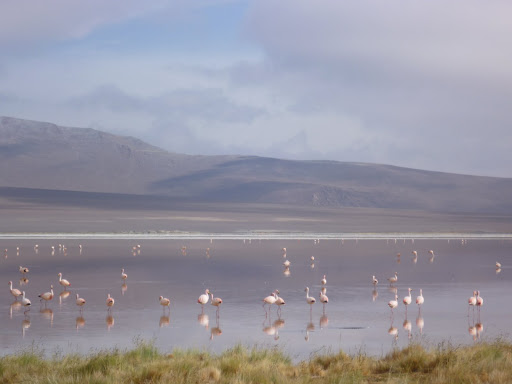 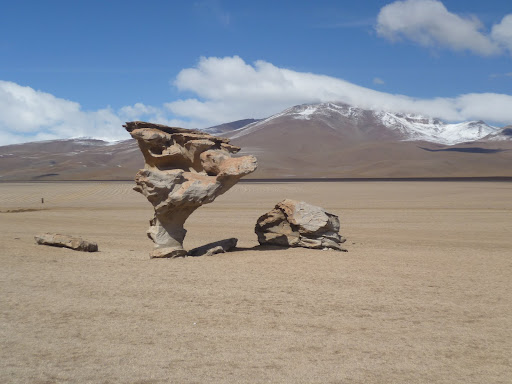 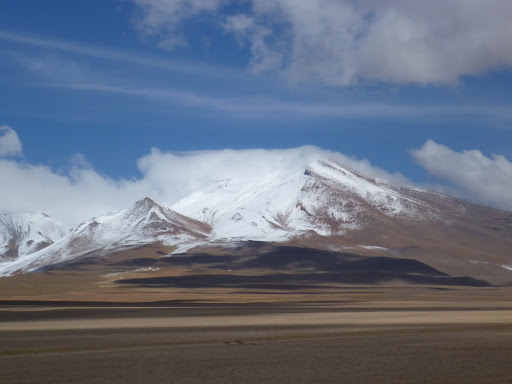 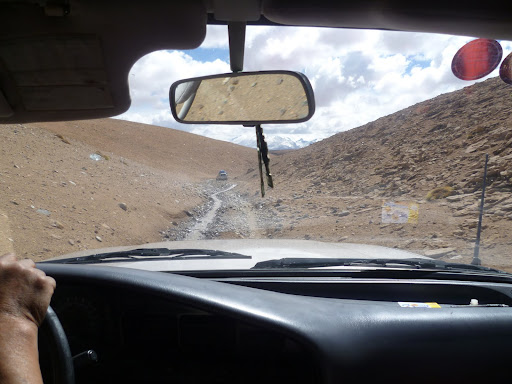 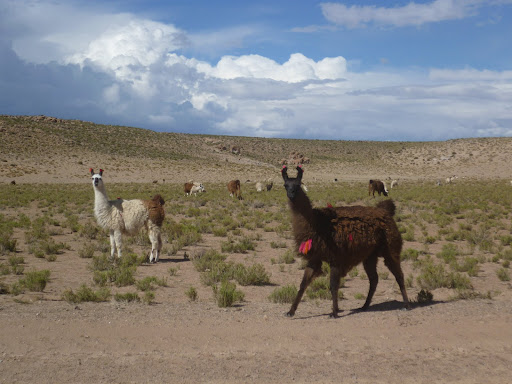 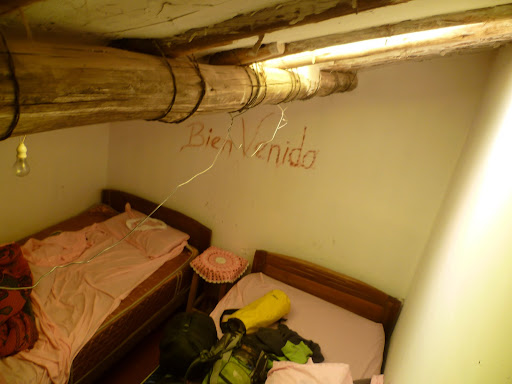 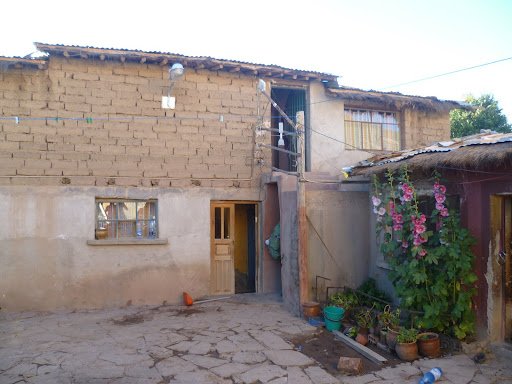 On our final day we visited another (less impressive) train cemetery… 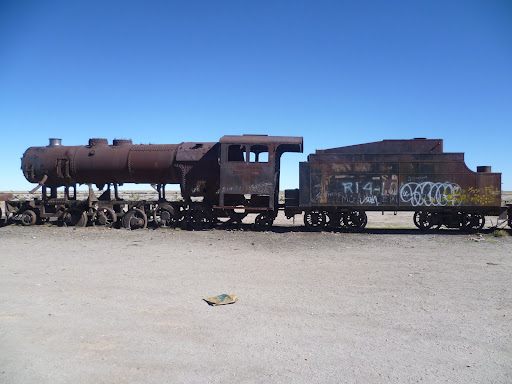 …before we reached the highlight of the tour, the Bolivian Salt Flats, or Salar de Uyuni. These are the world’s biggest salt flats at just over 10,000 square miles. (Salar de Uyuni viewed from space…I didn’t take this photograph)
They are currently pretty much under water, though this didn’t detract from their incredible beauty. 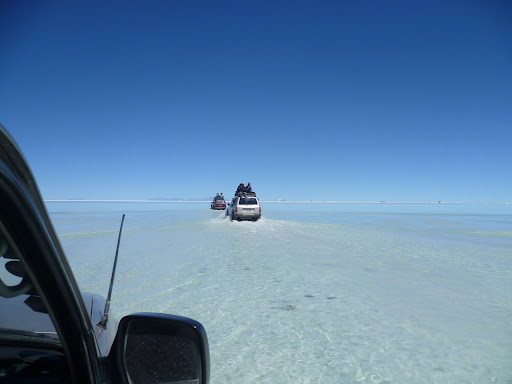 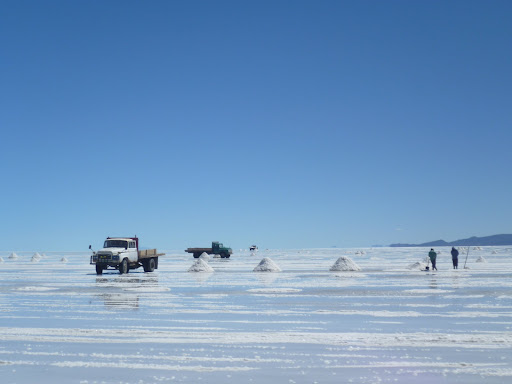 (workers extracting salt from the flats) 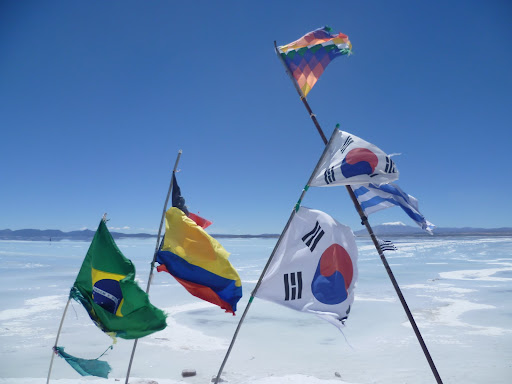 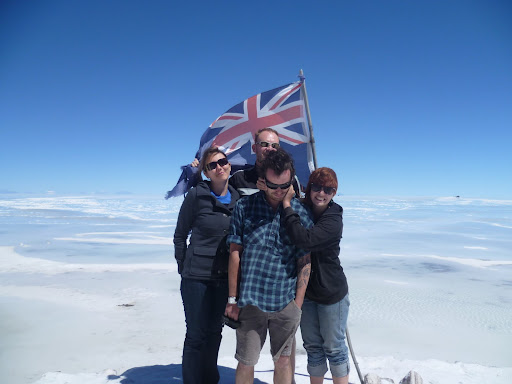 (a not very well received amendment to the Kiwi flag by Sandy!) 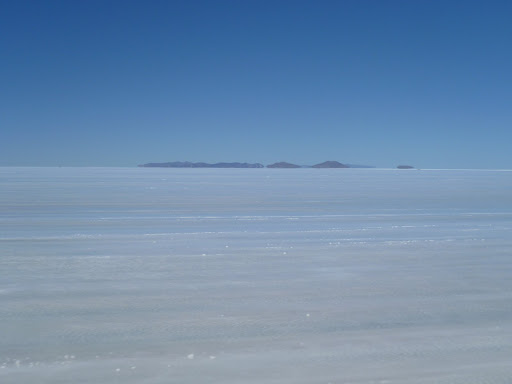 Our 3 day tour finished in Uyuni in Bolivia. We said our goodbyes to Clemente and headed off to enjoy our £6 per night hotel room and Llama curry dinner. 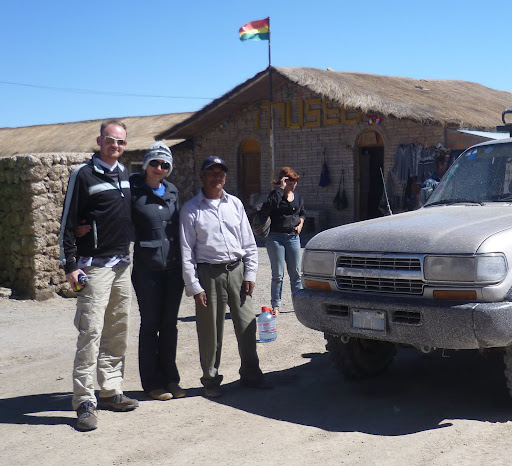 (Us with Clemente, a living legend of the Altiplano)